This Is How Quickly Society Will Break Down [PHOTOS]: “If You Don’t Have Food Yet I Feel Sorry For You”

Record breaking winter snow storms… they might be extreme, but should they really be crippling cities across the country?

The Drudge Report is splashed with warnings to “shelter in place,” while reporting that food is running out, and grocery stores shelves have been wiped out. The East Coast is on the brink.

But should they be? 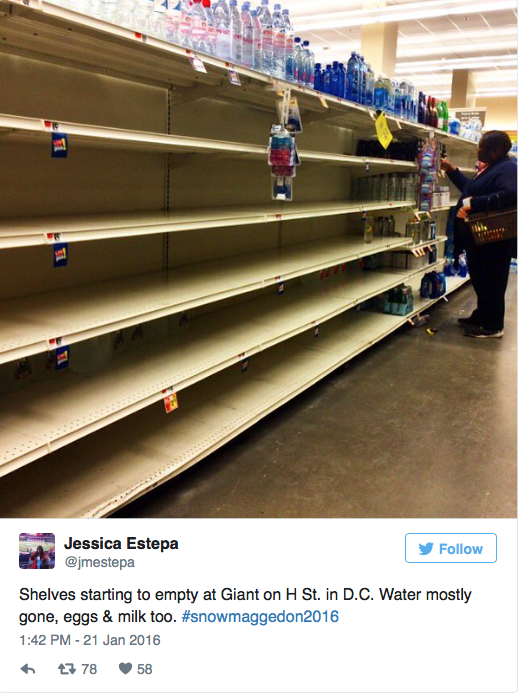 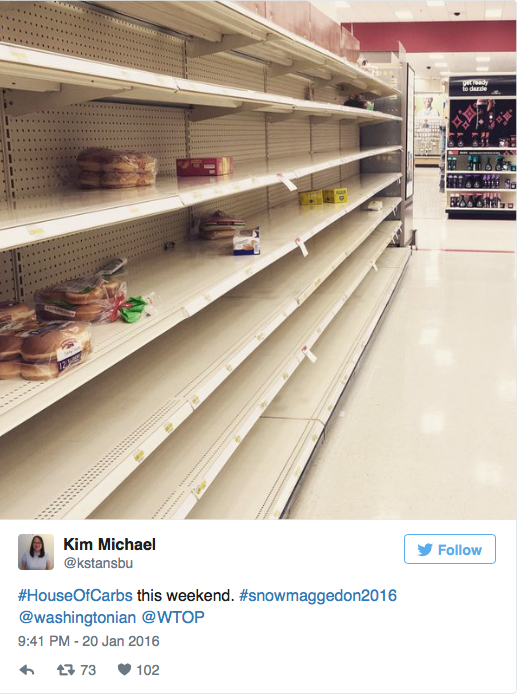 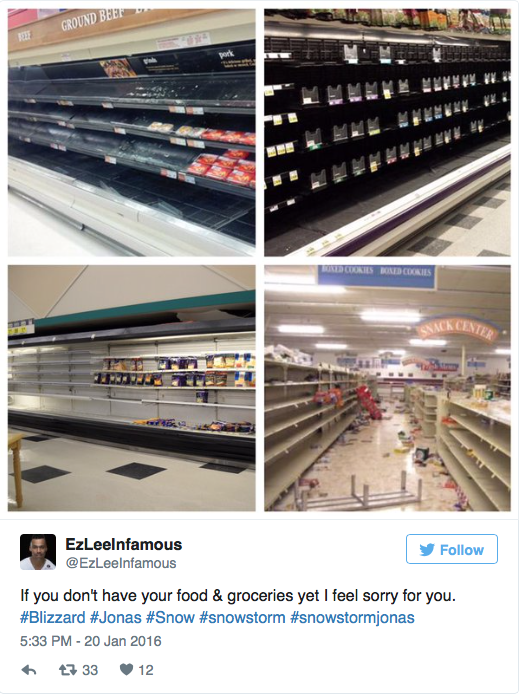 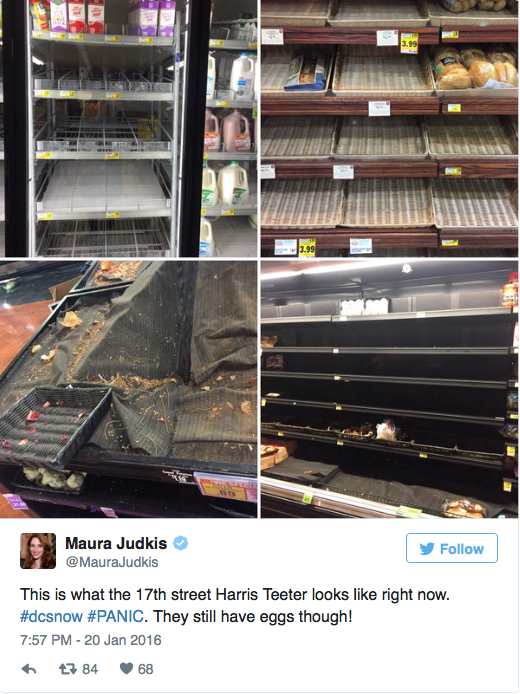 Here is a live exercise reminder that the system can and will break down in an instant. The population is simply not ready for a major emergency. Hopefully you are; but they just aren’t.

This is just a blizzard – it may be a worst-in-history snow storm driven by media frenzy– but it IS expected to pass through after a day or two. Aside from a few power outages and street repairs, things will hopefully be back to normal. It could get worse, but that remains to be seen.

Nonetheless, if these pictures of store shelves are any evidence, society is not equipped for even the most basic crisis:

Right now, the worst panic shopping is sweeping the D.C. area, but it is evident that this could happen in any major city along the East Coast, or indeed, across the country in the right set of unfortunate circumstances. Adan Salazar of Infowars, who rounded up these photos from Twitter, reported:

Concerned shoppers worried about spending days snowed indoors have hit grocery stores hard leaving empty shelves in their wake, hours before a massive snowstorm is due for the northeastern United States. A few inches of snow have already piled up in places like Washington DC causing havoc, but forecasters predict Winter Storm Jonas could be a “historic storm” that will bring 50 to 60mph winds and more than two feet of snow.

Best of all, Salazar included this helpful tip on making the most of your fridge to keep food cold for an extended short-term period in the event of an outage.

The USDA has tips to keep your food at optimal temperatures in case your fridge breaks down: 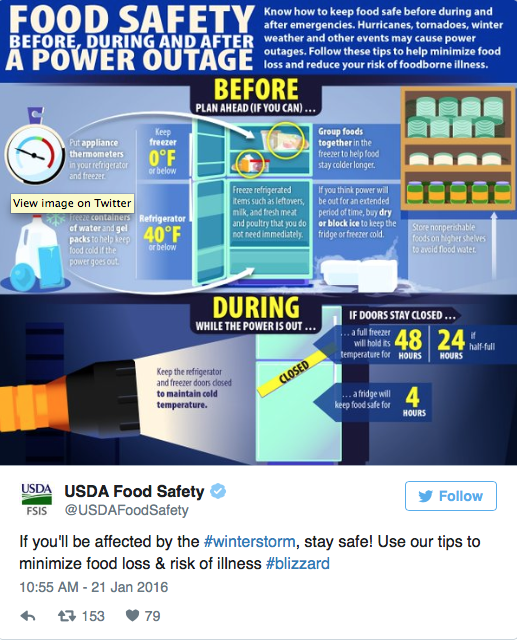 All it takes is a bad storm not only shuts down the supply chain, and empties store shelves, but it brings panic with people under-supplied and ready for almost nothing. People are already on their knees, and the situation hasn’t even counted to “3” yet.

As this Twitter use pointed out, we haven’t reached the point of the end of the world here, but some people are acting like it.

Of course, we’re not talking about preppers who have stocked up well in advance, and made plans for such disasters. We’re talking about the short sighted, panicky general public, whose madness threatens to unravel us all if things went much further than a snow storm.

How much worse would things get if a major weather event were coupled with political unrest, or riots?

This Is How Quickly Society Will Break Down [PHOTOS]: “If You Don’t Have Food Yet I Feel Sorry For You”