How Much Knife Do You Need?

When it comes to knives there are only two types of people – knife fanatics and everyone else. As much as I like my knives, I probably still fall into the “everyone else” category. If you are a knife fanatic, then everything I am about to say will most likely upset or offend you, but please hear me out.

I’ve reviewed quite a lot of different makes and models of knives on my blog over the last few years and my posts about knives continue to attract a lot of my overall web traffic (I mentioned the fanatics right?). However, my use and demands of a knife or cutting tool in general have changed significantly over that time too, to point where I am now taking a more careful look at weight vs functionality, something I was never too concerned with (read as ‘willing to compromise’) when it came to my trusty blade.

I’m not going to provide a detailed review of each and every knife that I mention in this post, I’ve done that with several of them already and many of the others have been reviewed extensively elsewhere (and better than I ever could – check out nutnfancy on YouTube). Instead, I want to give you some background on the knives I’ve used and how I arrived at the point I am currently at.

A Little Background
When I began backpacking gear was much heavier. My pack, my tent, my sleeping bag, everything was heavier than it is now. The technologies and materials that enable much the ultralight gear that we all now have and lust after were not around. I didn’t obsess about shaving ounces off of my gear like I do now. Back then I used to carry a sheath knife as my primary cutting tool. It was a medium sized no-name brand knife that I probably picked up at an army surplus store somewhere. It did the job, wasn’t light weight, but it was what I had and was always with me.

About the same time as I started getting more into backpacking, the first Rambo movie was released. Do you remember that? Suddenly knives got a lot bigger and the survivalist mentality started to seep into the outdoor community. Everyone thought that they needed a huge knife to survive in the woods despite having never been in a situation where they had done much more than open a packet of food or cut rope with their knife. My handy sheath knife was now much more than a piece of gear, it was a tool, a weapon, it was my life line. 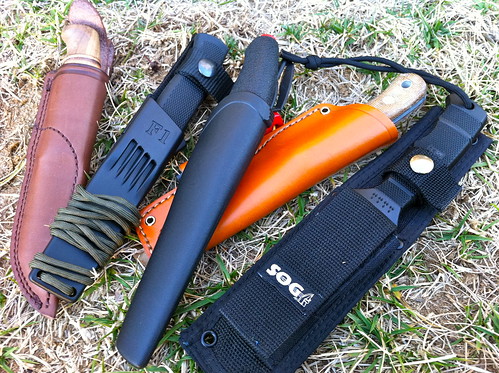 That was a very long time ago, but I mention it because it is a mentality that has stuck with me for a very long time and has been extremely hard to shake off. For so many years I’ve favored full tang knives and survival knives over smaller or folding knives simply because I’ve been concerned that in a life or death situation I may need a knife that can penetrate a car door or be used to pry apart thick wooden beams and still like a tomato without squashing it. But guess what? I’ve never been in a situation where I have needed to do that in over thirty years!

That quite recent realization has forced me to take another look at what I really need a knife or cutting tool to do for me while I’m out on the trail. So for the last few months I’ve kept careful track of when and what I used my knife to do while backpacking. The results were quite surprising, to me at least.

Revelation
I discovered that my most frequent use of a knife, while backpacking at least, was to cut/slice open a packet of something. That could be a packet of freeze dried food, some small packets of food ingredients, or other sealed packs generally food related. Quite the manly task eh? My next most common use of a knife was to cut cord. Spectra cord, paracord, Triptease, or Dacron line. After those two top activities the rest of my cutting needs included things like sharpening my pencil, digging out splinters or just plain whittling for fun. Not a whole lot of heavy duty tasks. 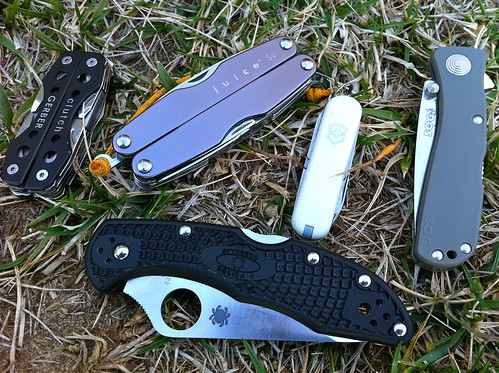 That blew my mind. No slicing through carcasses, making spears, or splitting limb sized logs – just very small, precise cutting tasks. So why was I so fixated with large, robust, bomb-proof knives? Who knows. The data just didn’t support my need to carry around such a huge blade.

There will probably come a time where I genuinely do need a substantial, strong knife to perform some gnarly task that a smaller knife can’t do, but will it be a life or death situation? I hope not. I may be going out on a limb, but I’ve come to the conclusion (supported by a little bit of data) that I can carry a much smaller knife when backpacking and still be perfectly safe and prepared.

Read the rest of this article by Brian Green here.

Everything you need to know about the U.S. military’s defense strategy to protect humanity from the walking dead.

Everything you need to know about the U.S. military’s defense strategy to protect humanity from the walking dead.

How Much Knife Do You Need?